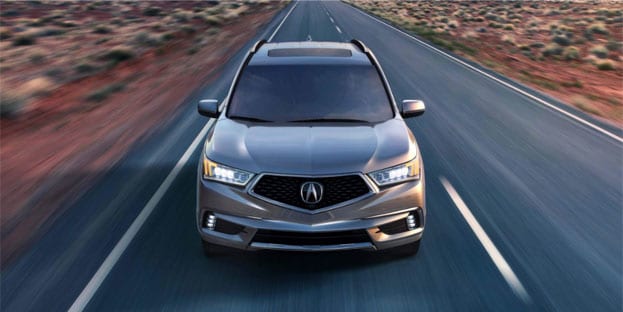 POWERFUL NEW STYLING.
The MDX takes its styling cues straight from the track. From the strong, sculpted lines of its contoured hood to its chrome-trimmed dual exhaust pipes to the bold Diamond Pentagon grille, the MDX embodies Precision Crafted Performance 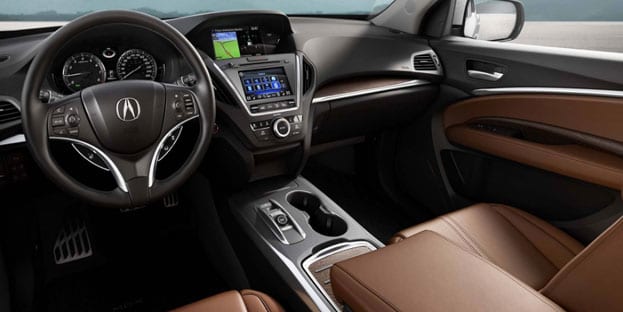 MORE THAN UTILITY.
The third row of seats in the MDX brings more than additional capacity. A spacious interior is thoughtfully equipped with refinements such as silver accents and LED overhead lighting, available second-row captain's chairs, and One Touch Walk-In with ample legroom for all. 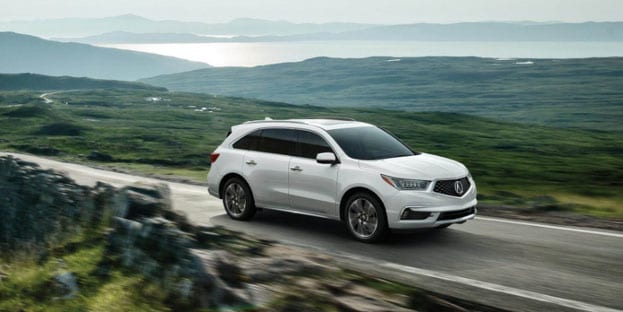 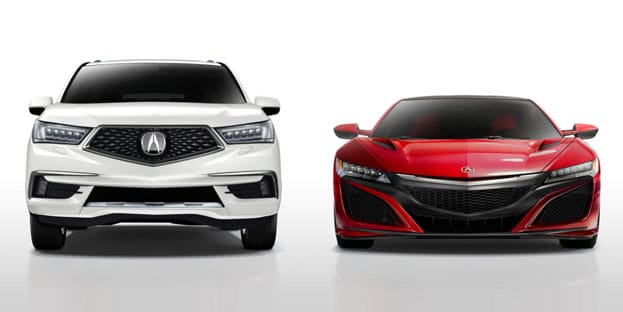 THE SUV WITH SUPERCAR DNA.
Precision Crafted Performance is simply in its genes. And it shows. Many of the 2017 MDX technologies have been inspired from innovations found in the iconic NSX supercar, including: Integrated Dynamic System, Super Handling All-Wheel Drive™ & an all-aluminum 3.5L V-6 power engine.